6 Most Weird Techniques Used For Bitcoin Mining So Far 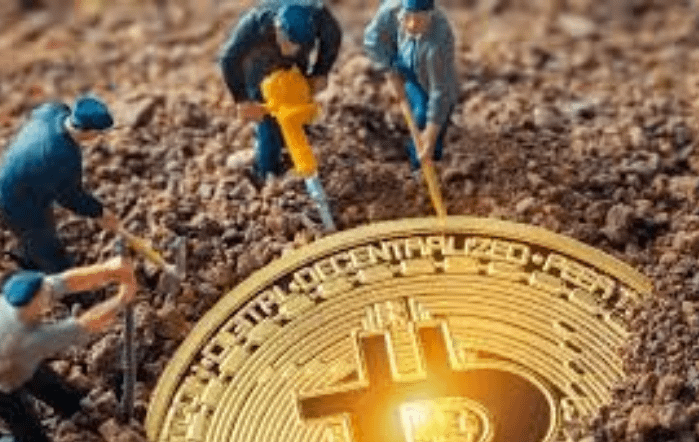 Bitcoin continues hitting the news for a variety of reasons. It is the most popular cryptocurrency and with increasing acceptance across industries, more people want to enjoy a piece of the pie.By the end of 2018, the global value of Bitcoin reached 66 billion U.S. dollars.

One of the greatest offshoots of Bitcoin’s growth is Bitcoin mining. It is essential for the survival of the cryptocurrency as it deals with creating new bitcoins. It is one of the most popular activities with techies seeking to cash in on the Bitcoin craze. The idea of mining cryptocurrency might sound farfetched, but the investments going into this activity are enormous.

Success as a Bitcoin Miner

The hardware and software required for Bitcoin mining are expensive and this has seen investors injecting millions of dollars into their projects. Miners require specialized computers and software to get the job done. There’s also the high cost of electricity and bandwidth which makes it difficult for everyone to join the fray.

How does Bitcoin mining work? If you want to succeed in Bitcoin mining, you need dedicated processing power, a lot of energy supply, cutting-edge ASIC mining hardware, and a lot of time. In a slow global economy, Bitcoin mining remains a viable income-generating activity. You enjoy insulation from inflation and you don’t have to worry about capital controls.

As the interest around Bitcoin continues, it is interesting to note some of the most brazen techniques Bitcoin miners have tried so far.

The creation of the Apollo Guidance Computer (AGC) was solely to guide U.S rockets to the moon. It was one of the earliest computers made and it was huge and slow. With computing power in high demand for Bitcoin mining, a restoration team consisting of Ken Shirriff, Carl Claunch, Marc Verdiell and Mike Stewart tried reviving the AGCA for this task. The AGC team was however disappointed by the results. At a hash rate of 10.3 seconds per Bitcoin hash, the team discovered it would take billions of years to mine a Bitcoin block.

The idea is to install Bitcoin data-mining centers at oil rigs which has a need to vent gas. The data center developers argue that this would generate more revenue than selling fuel. It is also an easier way to reduce carbon print. The Ohmm® mining data center is an alluring proposition and one most miners would pick up.

A report on Forbes says Bitcoin miners harnessing power in a nuclear reactor compromised one of these sensitive installations in Ukraine. Nuclear reactors produce excess energy due to their sheer size. Using this exceeds energy on a profitable venture such as mining bitcoins is a great idea but only with a clear framework.

Bitcoin miners will go to any lengths to find the energy to power their supercomputers. A mosque is an unlikely palace for such an activity but due to a government subsidy of free electricity, Iranian Bitcoin miners now work from these holy places. A government crackdown has not managed to kill the practice.

While most online hackers want to steal your identity or harm you, crypto-jackers are a different breed. These are hackers interested in the computing power of your network. These computer geeks are so suave that some even hacked the Tesla company cloud and tapped computing power for Bitcoin mining.

Bitcoin mining systems generate a lot of heat and creative miners now use this to do other things. Some innovative miners heat their homes using this byproduct while others use the same for rum making among other tasks.